A couple of months ago, I was approached by a man at work about a possible commission.

“I have a potential project for you!”

Great! I am always up for a new project!

“How would you like to do a caricature of <<the big boss>>?”

I went home and saw my boyfriend / official advisor. He had a few words to say about this.

“This can ONLY GO BADLY.”
“Your options are:
a) your boss gets offended because it really does look like him and he can’t take a joke.
b) it’s rubbish and people lose faith in your abilities.”

Quick fact about me: I am notoriously bad at saying no. Instead I whine and worry to people who cannot make any difference.

Obviously I had already said I would try. I can’t let people down!

I started to collect photographs and fun facts about my boss, fed from a private detective…his wife.

…Can you try to get those into the picture too?” 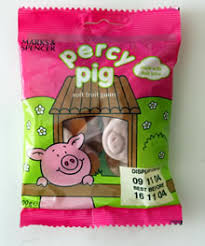 I said I would try… racking my brains as to why I was making these promises I didn’t know I could keep. With animals I have a track record. This was an unknown.

After a week of promising to try… I actually began to try. My plan was to give him the body of a golfer, with an oversized head. That way, I need not risk exaggerating his features! Genius.

I have remarkably little imagination for someone so arty. I find it very difficult to draw from memory, so I found a photograph of a golfer, mid swing, printed off big boss’ decapitated head, and quite literally stuck it on.

As I started to draw my first draft, I completely relaxed! I just sketched it onto a scrap piece of A4 paper in pencil, before developing it with a black felt tip pen. It was looking good!

Once the first draft was complete, I scanned it into the computer and printed it out onto an A3 sheet, to scale it up quickly and easily.

I then re-copied it onto a sheet of card.. I embellished the shirt with stereotypical golfing diamonds, and added a flag in the distance.

I got out my colouring pencils and I coloured it in. I didn’t want to risk paint, as you can completely lose your artwork beneath it! I patiently coloured several layers to get the colours lovely and bright.

For a few personal touches, I coloured the diamonds on his shirt Crystal Palace red and blue, and the little flag in the background the tasteful company colours of orange and green.

Finally I went over the artwork in my felt tip pen, and wrote a personal message on the gold ball “25 years”, his time in the company.

So the moral of the story here is: just because you have never done something, it doesn’t mean you will be rubbish!
You might just get it right.

What have you thought about writing off before even trying it?
Have I convinced you to give it a try?

All content and images are copyright to Imi Woods